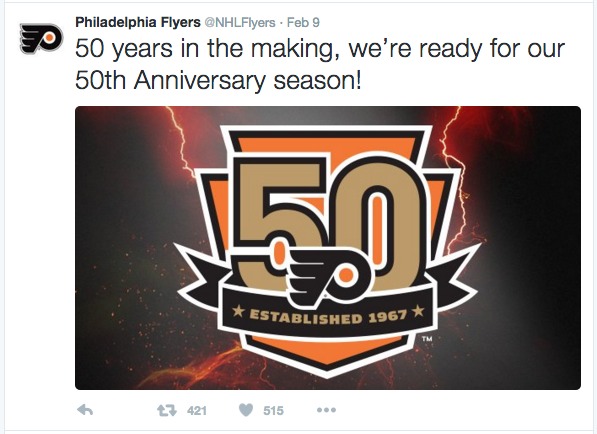 Hypno was very fortunate to be given the opportunity to work with the Philadelphia Flyers hockey organization to create this momentus celebratory logo for their 50th Anniversary.